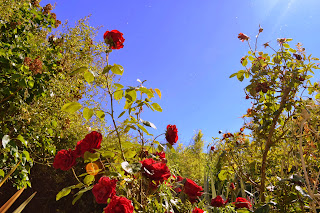 Hard on the heels of an epic 2013 of sold-out shows, rave reviews, and thousands of winding miles, Bond Street Bridge are hitting the road again to visit old friends, meet new ones, and raise the roof from Invercargill to Baylys Beach.

The past year has seen Bond Street perform over 100 shows on the road, playing at fancy places like arts festivals, museums, art galleries, opera houses and theatres all over the country. They have performed their unique show ‘The Explorers Club: Antarctica’ to packed houses and critical acclaim across the length and breadth of New Zealand, circling the country twice and winning the award for ‘Best Music’ at the 2013 New Zealand Fringe Festival awards.  The show was a ‘perfect evening of music’ according to the Dominion Post, a ‘tour de force’ said the Nelson Mail, the new album spent a month in the charts and won the praises of the toughest critics in the land, but with all of these high-culture venues and hushed, seated audiences - not to mention hotel-grade accommodation and the better sort of whiskey - Bond Street Bridge are worried about going soft.

So to kick off 2014, Bond Street Bridge take it back to the bar-rooms and Community Halls in a Summer Throwdown Tour, setting aside their high-concept Antarctica show and upper middle-brow cultural aspirations for a month or so to bring out a raft of new material and demonstrate that they can sling a guitar in a bar full of good-time yahoos just as well as they can hold a room full of history buffs in thrall with tales of icy disaster.

Bond Street have been writing new material and plundering folk-song archives to breathe new life into old singalongs and shanties, unearthing hair-raising stories and rousing choruses.  Expect the Devil, expect jealous gods and queens of the underworld, maimed seadogs and lost loves, the darkness at the edge of town and the light of a spiteful moon, vocal harmonies, stomping feet and jangling guitars as Bond Street Bridge reveal the work they have been writing on the road over the course of their 2013 travels.

Along the way the band are meeting up with old friends around the country - The Broken Heartbreakers for selected South Island shows, Rosy Tin Teacaddy for their annual St Peters Hall shindig in Paekakariki, Hannah Curwood, back from London for the Summer appearing at the Golden Dawn, and of course the enigmatic Brendan Turner will be opening the shows along the way with his trademark dark delta blues.  Later on in March, the band have been invited to open for Billy Bragg at the Opera House in Wellington and the Powerstation in Auckland, a state of affairs that has them reeling in happy disbelief.

Join Bond Street Bridge as they blaze a track through the summer of 2014, hearts on sleeves and boots on the floor at a bar in your town.

We're opening for Billy Bragg on his March 2014 NZ tour.  As you can imagine, we are happy as clams. He is one of my total heroes. Plus we get to play at the Opera House in Wellington, which is a beautiful room.

Following an epic year of sold-out shows and rave reviews, Auckland alt-folksters Bond Street Bridge are taking their award-winning show ‘The Explorers Club: Antarctica’ to the Wellington Opera House and The Powerstation, Auckland, opening for their hero and yours, the Bard Of Barking: Mr Billy Bragg.

In The Explorers Club: Antarctica, Bond Street Bridge use a combination of spoken word storytelling and original folk songs to bring to life the incredible tales of the Heroic Age of Antarctic Exploration. Captain Scott’s tragic death on the Great Ice Barrier and the extraordinary survival of the crew of Shackleton’s Endurance are presented as stirring ballads and foot-stomping sea shanties. Since its premier in the 2013 New Zealand Fringe Festival, the show and accompanying album have garnered critical acclaim and played to sold-out houses at Arts Festivals, theatres, museums and bar-rooms around the country.

Bond Street Bridge tour and play constantly, with over 100 shows on the road in 2013, with their extraordinary live show earning them recognition for ‘best music’ at the 2013 NZ Fringe Festival Awards. Described as a ‘perfect evening of music’ by the Dominion Post and a ‘Tour de Force’ by the Nelson Mail, ‘The Explorers Club: Antarctica showcases a unique band at the height of its powers.

This one-of-a-kind show and album are the product of Bond Street Bridge frontman Sam Prebble’s obsession with the stories and heroes of a dramatic period of history a century ago. Reading diaries, letters, and published accounts of the early Antarctic expeditions, Prebble used the words of the explorers themselves to create songs which pay tribute to their legacy and celebrate the indomitable spirit of this lost age.

‘We think of these as folk stories in the same sense as folk songs’ says Prebble. ‘One of the reasons we drive all over the place sharing these stories is that they are tales that belong to everyone, and tales need to be kept alive by being told. We’re honoured to be playing with Billy Bragg because he is someone who works tirelessly to keep folk stories alive.’

The band’s live reputation saw them invited to showcase the production at a string of sold-out gala events at galleries, museums and arts festivals around the country on their recent album release tour, including appearances at the Museum of Wellington City & Sea, the Voyager NZ Maritime Museum in Auckland, the Sarjeant Gallery in Whanganui, the MTG Hawkes Bay and the Nelson Arts Festival.

Along the way, the band played special daytime shows to share the stories and songs with school students, performing over 25 shows in five weeks. Now the band are excited to be invited to share a stage with Billy Bragg, one of the true legends of folk music, and to be given the opportunity to tell these stories in two of New Zealand’s iconic live music venues.