Out There Doing Things 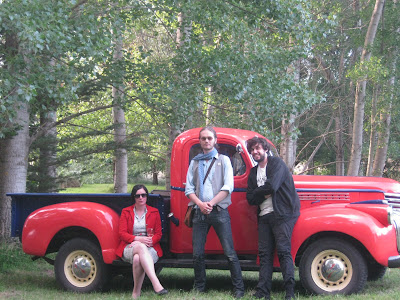 Clearly, nobody in this photo owns this truck. It's parked by the Dharma Bum's Club, Wairau
Valley and it belongs to a man named Trevor.

There may have been very little action on the blog for the past few weeks, but that's only because I've been Out There Doing Things.  So I can report, in no particular order: 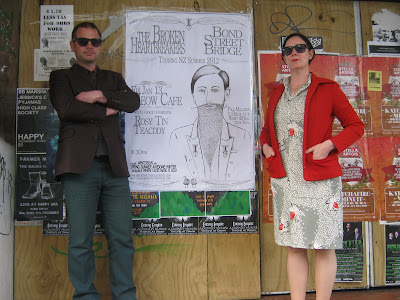 The venue printed A0 posters and all we had was some sellotape and a half-assed can-do attitude. 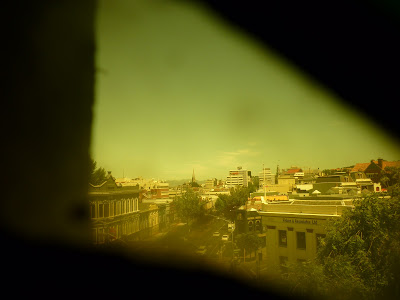 This is not hipstamatic or any of that bullshit. It's 100% sneaking up the bell tower of Knox Church with Millicent Crow  and taking photos through the stained glass.  We make our own fun. 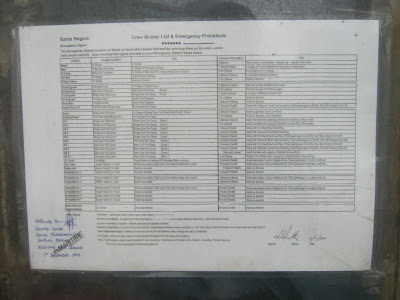 More on all of that later.  Meanwhile, look at this cool blog.  Also: Shows this weekend in Waterview, Raglan, and Karekare. Oh my heck yes!
Posted by Bond Street Bridge at 11:59 PM 1 comment: 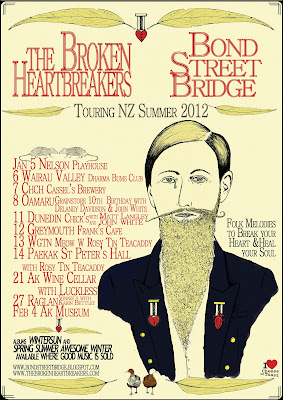 The tour starts in Nelson on Thursday and here is the amazingly cool poster by Ms Millicent Crow, who continues to produce beautiful artwork for Bond Street Bridge related things.  So far a lot of people have told me that think that the chap in the picture is either a) themself, but with a beard, or b) somebody they used to know, but with a beard.  In real life though, he's just a guy Emily made up, because that's what artists do: they make things up.
Posted by Bond Street Bridge at 1:25 AM 2 comments: